A perfect project for a rainy afternoon!  This easy-to-make spell poppet uses up scrap fabric and spare kitchen herbs.

What Is a Spell Poppet?

A spell poppet works on the principles of sympathetic magic, or magic based on the idea that doing something to an object effects what that object represents.

Spell poppets are sometimes referred to colloquially as “Voodoo dolls.”

However, this is a misnomer for several reasons.

First of all, the term Voodoo implies a link to a specific set of religious traditions descended from the West African culture of certain Louisiana and Caribbean populations.

In reality, so-called “voodoo dolls” have very little prominence in these traditions.

However, they appear in many other magical traditions around the world.

Sadly, Western culture continues to demonize both “voodoo dolls,” and the rich, complex, beautiful tradition of Voodoo itself.

For these reasons, we use the term spell poppet.

Far from the image of an evil witch hunched over a stuffed doll, poking it with needles to torture the target, spell poppets are more often used for healing, positive energy and to draw love, luck or money.

For this tutorial, the poppet represents the practitioner (you), not another person.

Tips for This Spell Poppet Tutorial

This craft is super easy.  If you know how to thread a needle and use scissors, you’re golden.

That said, there are a few noteworthy potential pitfalls.

But never fear.  I ran through this project a few times.  I made all the mistakes so you don’t have to.

The whip stitch works much better.

If you have no idea wtf an internal seam is or how to do a whip stick, don’t panic.  It’s super easy.  I promise.

Here is a basic tutorial on the whip stitch.

Quilting fabrics of 100% cotton are the easiest to work with for this project.

But feel free to customize this spell any way you want to.

For this love spell poppet, I chose a rose print, because roses symbolize love, attraction and romance.

Your mileage may vary.

Choose a cool blue fabric for a healing poppet, or a brilliant green for luck/money-drawing.

Things You Will Need

Fold your cardstock in half.

Draw an outline of half your goddess shape.  Mine looks like this: 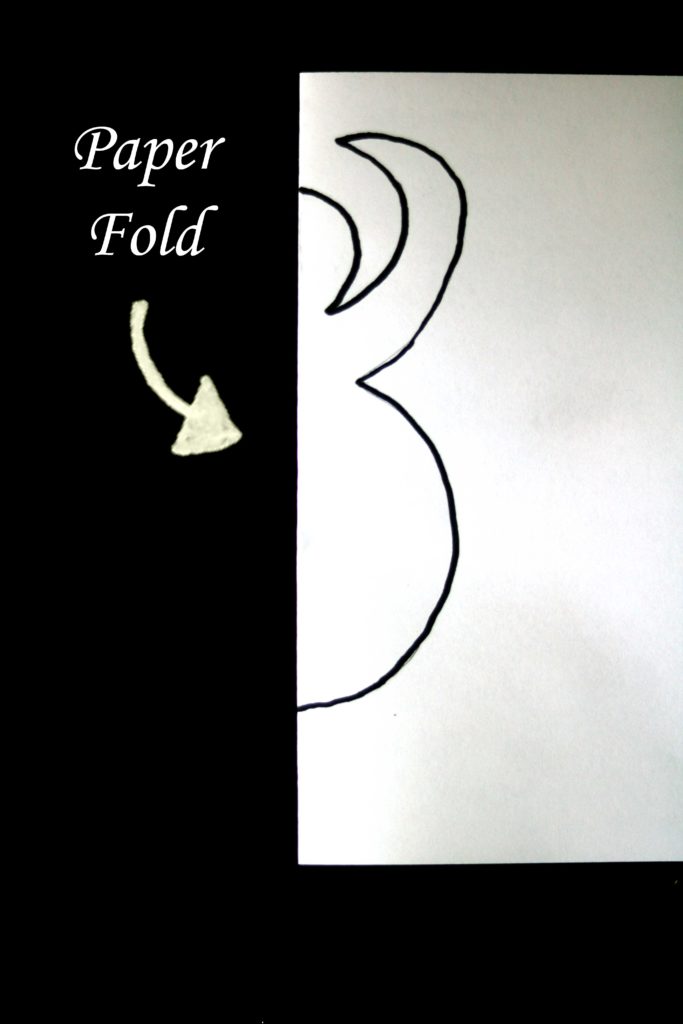 Cut out your shape, open it, and place it on your fabric of choice.  Trace and cut out two pieces in that shape. 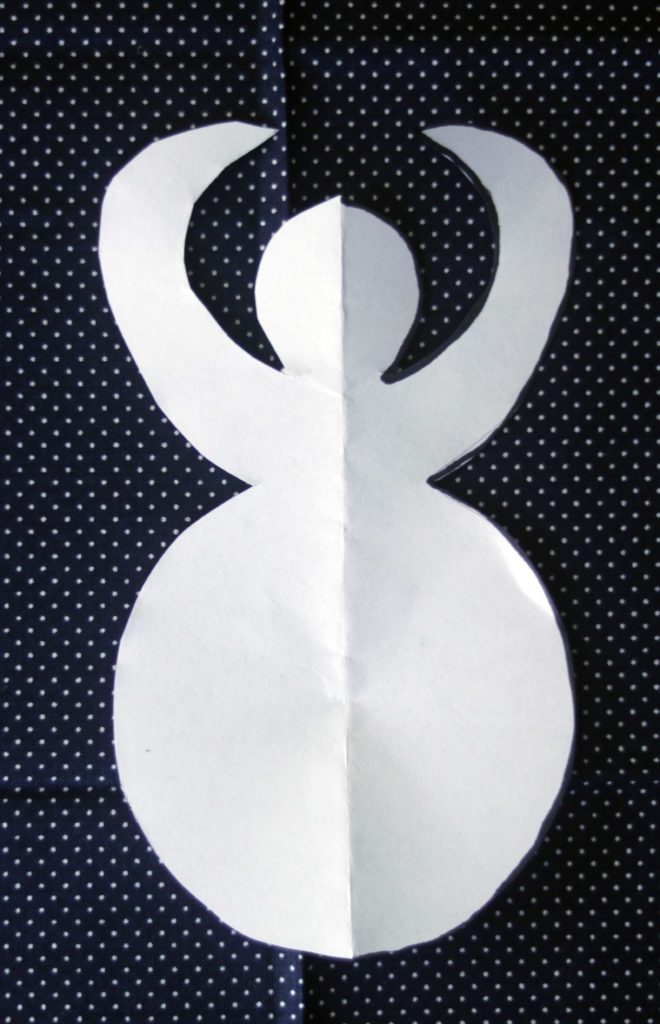 Place the wrong sides together.  Do not try to sew the right sides together and turn it out unless you make your poppet very, very large.

Use a basic whip stitch all around the edges of your poppet.  Leave an opening in the seam at the bottom at least 2 inches long.

Stuff the poppet through the opening you left in the bottom.  If you want a plush poppet, add a little cotton or fiber fill.

Otherwise, use any combination of the following love herbs:

Sew up the opening.

You’re ready to charge your poppet.

First, do a quick energy clearing.

To charge the poppet, try any of the following:

-Sleep with the poppet in your pillowcase for 9 nights.

-Leave it in the full moon light.

-Make a circle of tea candles and place the poppet in the center for several hours (don’t leave it unattended!)’ 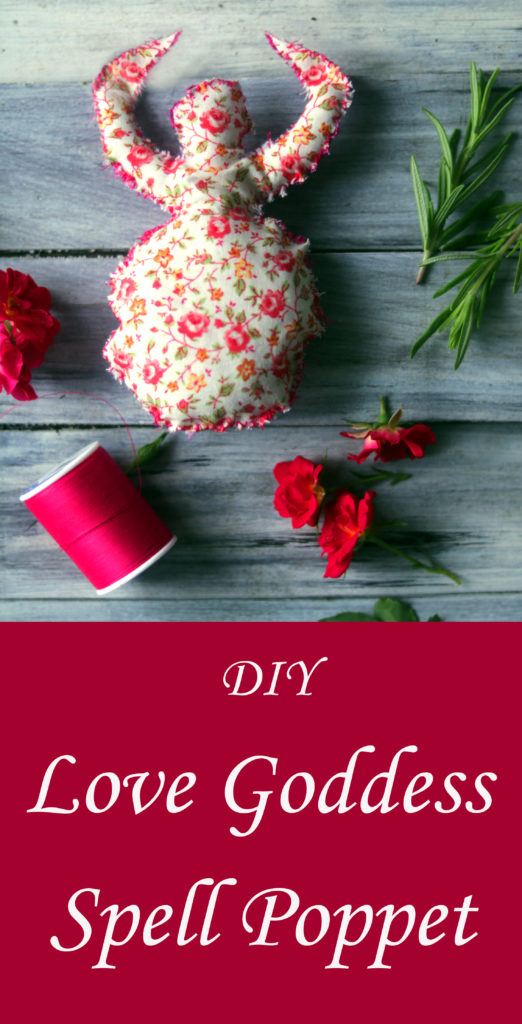