Gooey, warm and delicious, bourbon apple crisp turns an ordinary Mabon into one of the most festive, vibrant holidays on the Wheel of the Year.

With the harvest season in full swing, it’s time to gather the fruits of all that summer labor.

Take a trip to the apple orchard and use your bounty to make this home-baked treat to warm up your hearth and home. 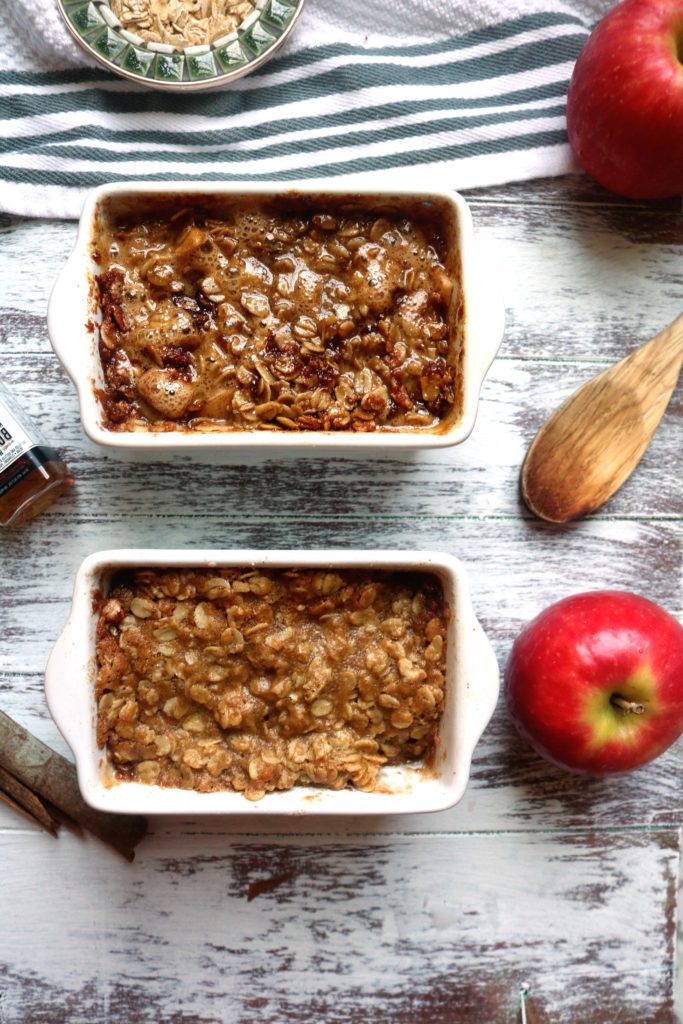 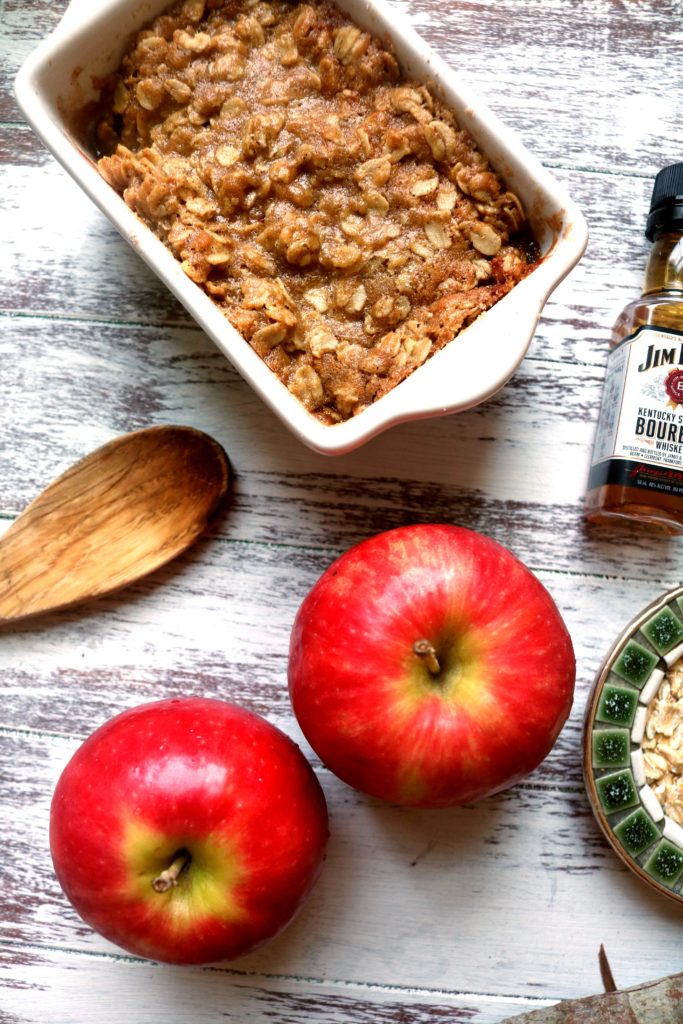 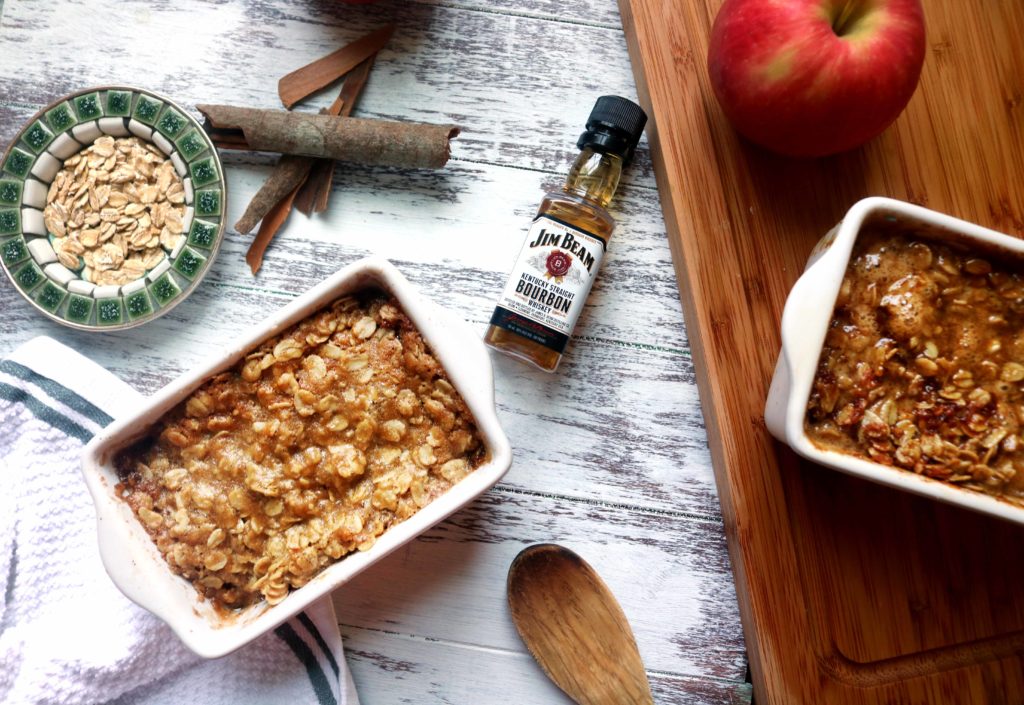 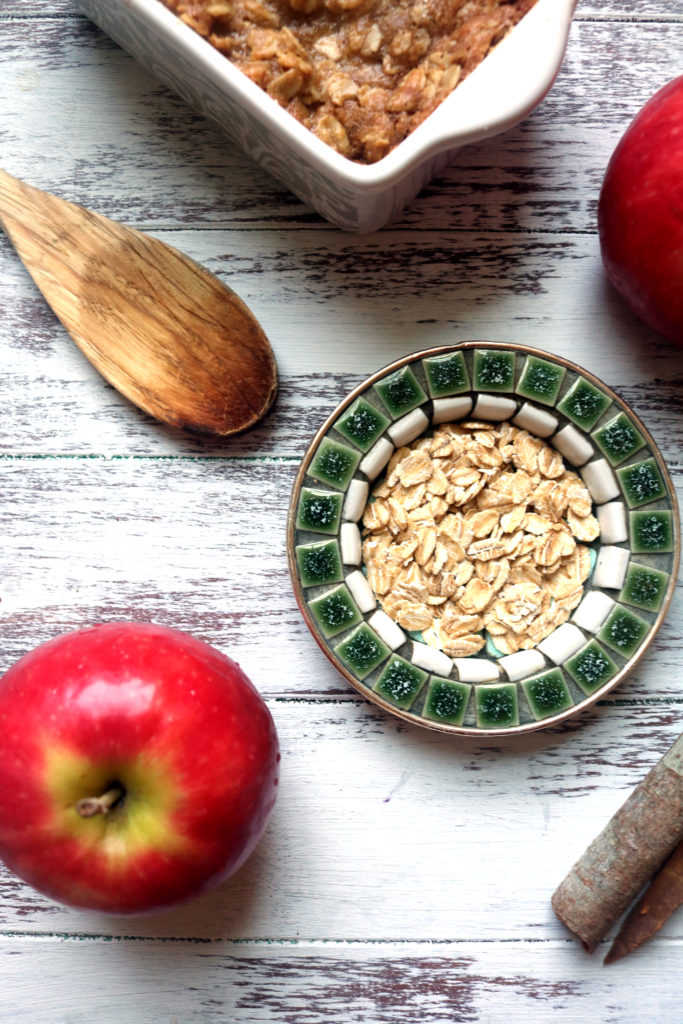 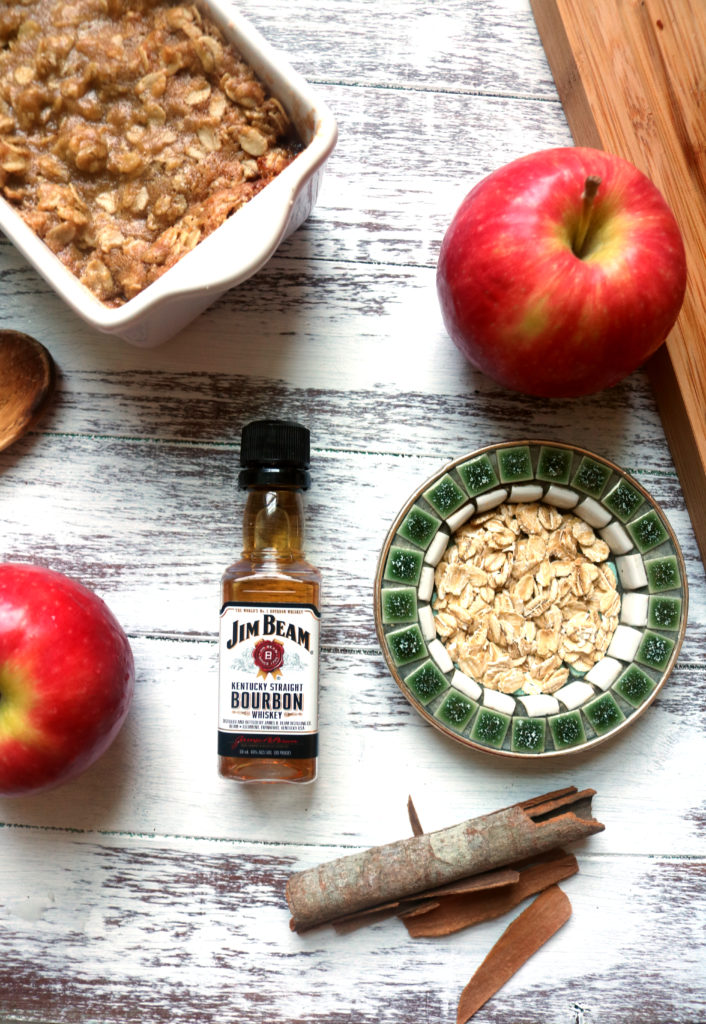 I chose the ingredients in this recipe for their association with Mabon, autumn and the Fall Equinox.  Together, they bake up to make the whole house smell amazing!

I try to find a way to incorporate apples into my fall menu every year.  Not only are they in season beginning in September in the United States, but they pair perfectly with classic fall spices like ginger, cinnamon and allspice.

(Read all about the many ways to use apples in magic).

But for our Mabon bourbon apple crisp, this jewel-toned fruit stars as a symbol of abundance——a key theme during the harvest festivals.

Use either whiskey or bourbon in this recipe.

Both have similar magical properties.

I love including bourbon in magical meals.  Kitchen witch recipes often overlook the uses of spirits and liquor for their metaphysical properties.  With such a rich history for folklore and mystical tales, it’s a shame!

In the context of Mabon, bourbon is a drink for blessing friendship.

But it’s also a drink for mourning and death.  This somber theme fits well with Mabon as a prelude to the coming Samhain and the festivals of the dead in October.

The cultivation of oats probably began around the early Common era.

Its ancient lineage and prolific propagation lend it power as ward against starvation and lacking.

We include them in bourbon apple crisp as a kind of metaphysical “glue” that binds family and close friendships together in unity.

For me, a fall dessert just isn’t complete without a hefty dose of cinnamon.

Include it here to bless your meal with the deep, nourishing warmth of motherly love and grace.

Pour mixture over apples in pan.

Bake for 30-35 minutes.  Stick a knife into the pan to test.  Apples should feel tender, but not mushy.