The image of a fairy with dragonfly wings living inside an oak tree with delightfully tiny furniture is a cutesy motif at midsummer festivals and in children’s fairy tales.

But the origins of these tiny mythical creatures is far darker, richer and more complex than the glittery fables we are most familiar with.

With the approach of Litha (Midsummer’s Eve) , many modern witches consider it a time of year to honor the folkloric tradition of fairies.

So today, we’re exploring the magic, history and culture of fairy folk.

(And if you love fairy tradition, check out all my fairy posts).

The fairy takes many forms in European mythology, appearing in French, Scandinavian, Celtic and German tales.

Most historians credit no single source as the folkloric birth mother of fairies.

They even disagree on what, exactly, a fairy is.

Depending on the culture and the context, folklorists use the term “fairy” to refer to almost any enchanted creature, including mermaids, goblins, leprechauns and fallen angels.

But for our purposes, when we use the word fairy, we mean those found most often in Celtic folklore.  It generally describes pixies as magical beings that take human form, are very tiny and possess supernatural powers.

Much of what we know about how the people who once believed in fairies comes from the oral traditions of the Gaelic peoples.

Like so much of European paganism, fairy myth collided with Christianity.

They blended like an Impressionistic painting to create a uniquely beautiful folkloric tradition. 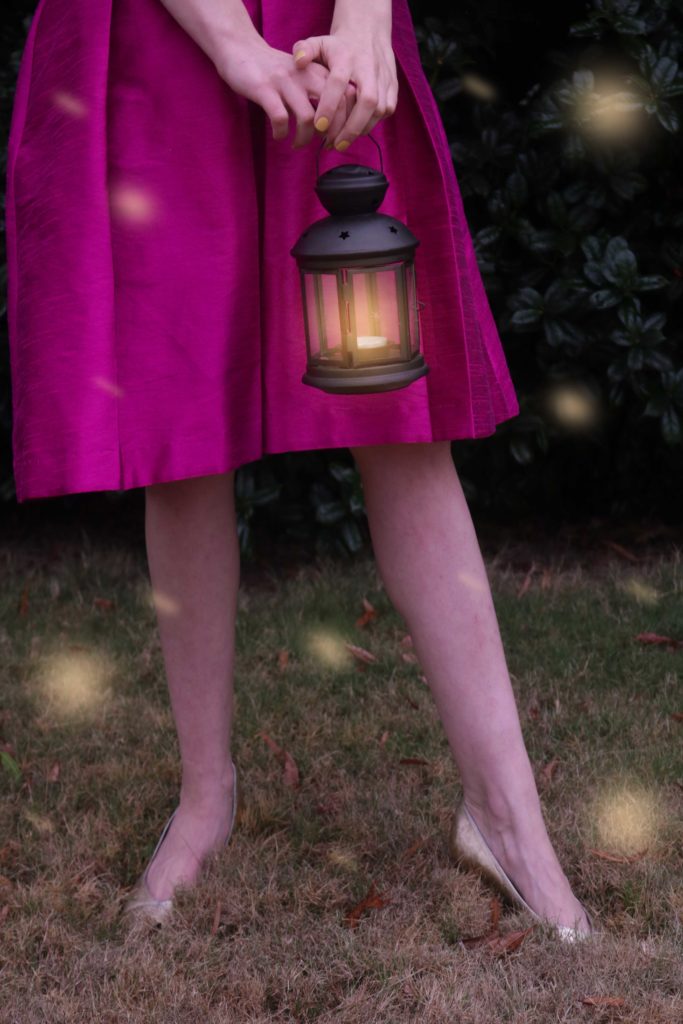 Historical records indicate that people in rural Ireland, Wales and Scotland believed in the literal existence of fairies.  In some cases, they believed all the way up into the early 1980s.

If you happen to practice Christian witchcraft, you may already know that some Celtic traditions once incorporated fairies into their Christian faith.

Explanations in the context of Christianity varied.  Some believed God cast out fairies when Lucifer descended into hell.  But apparently, God decided fairies deserved to dwell in neither heaven nor hell.  Instead, He allow them to haunt the green thickets of the Earth, where they remained hidden from human view.

“For so many fairy believers, earth and heaven flowed easily into one another,” states Richard Sugg, author of (affiliate link —>) Fairies:  A Dangerous History.

Interestingly, this theology casts fairy sprites as something between an angel and a demon, characterizing them as neither inherently good, nor especially evil.

Other sources describe fairies as minor pagan deities, especially in Druid mythology, which often referenced nymphs or spirits living in the trees.

Modern Celtic revival traditions adopted the fairy as a cherished motif in the lore of that region. Often, they incorporate the “pixie people” into their own spiritual practices.

Some modern pagans even claim to believe in the literal existence of fairies today.  But many others only acknowledge fairies as a metaphor for woodland spirits.

Either way, most modern witches regard these tiny, woodland sprites with a kind of charmed amusement.  Often depicted with dragonfly-like insect wings, clothing made of wildflowers and tiny garden homes, they generally attribute fairies with sprightly, if mischievous, characteristics.

The Dark Side of the Fairies

Our honeyed version of “the Fae” in modern paganism and witchcraft frequently portrays fairies as enchanting and playful.

But earlier believers in fairy folk found them not nearly so pleasing.

Some accounts even describe the tiny, devious creatures taking control of human hosts in a manner akin to demonic possession.

This reputation for changeling behavior stoked fear in the hearts of children and adults alike.

“Fairy doctors” made charms and rituals to protect people from the dark deeds of the pixies.

Parents often used the fear of fairies to bring their children into line.  Much as your parents may have used the “boogie man” to keep you from wandering away from home after dark.

All of this contrasts marvelously with our modern American notion of fairies, where they are more often found hosting tea parties in tree trunks than snatching toddlers.

The evolution of fairy folk in popular imagination over time is a fascinating example of how magic permeates every culture in the world.