Harpers Ferry, West Virginia, swarms with ghost stories, abandoned ruins and all the phantom folklore of a historic colonial town.

For those interested in the paranormal, it’s one of the best-kept secrets in the Shenandoah Valley.

This spring, I decided to pack my travel altar and check it out for myself. 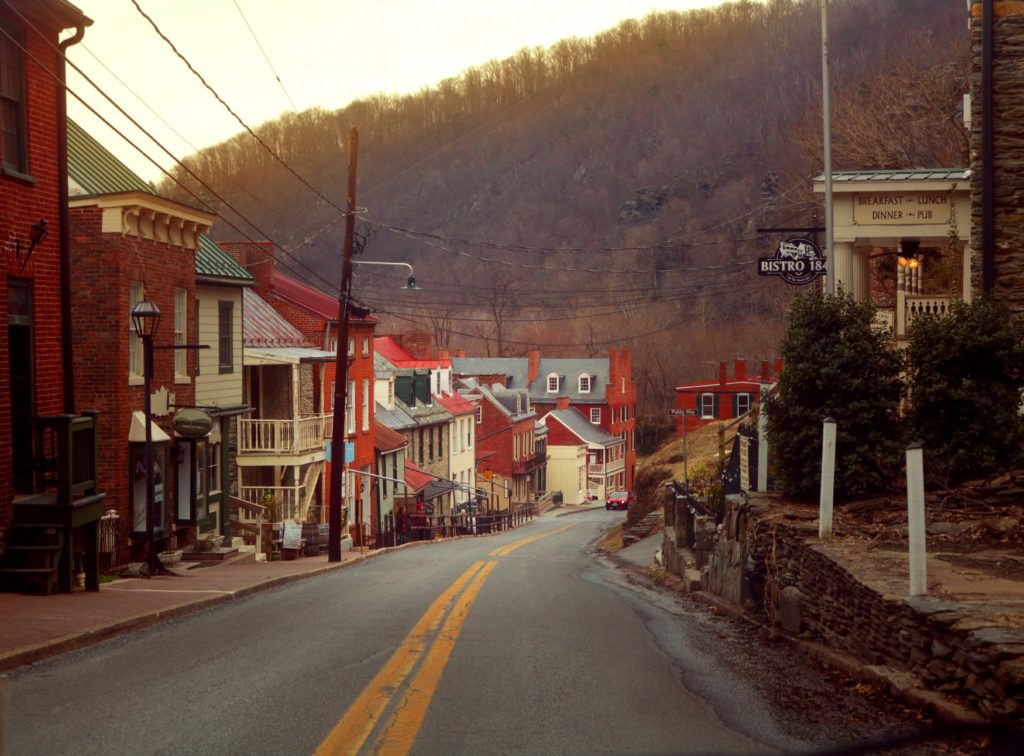 Where to Stay in Harpers Ferry

After considering several options, I contacted the owner of Rockhaven Bed & Breakfast to see she’d be willing to host a complimentary press stay for Moody Moons.

I chose Rockhaven for its central location, excellent reputation and private entrance.

As a general rule, in historic towns, it’s tough to beat a quality bed-and-breakfast.

They’re almost always run by locals.  The owners typically know a lot about the local history.

And it has the feel of staying with a local, but the amenities and privacy of a hotel.

She put me up in the lovely Studebaker Suite, which had the rare feature of a private entrance accessible through a romantic ornamental garden. 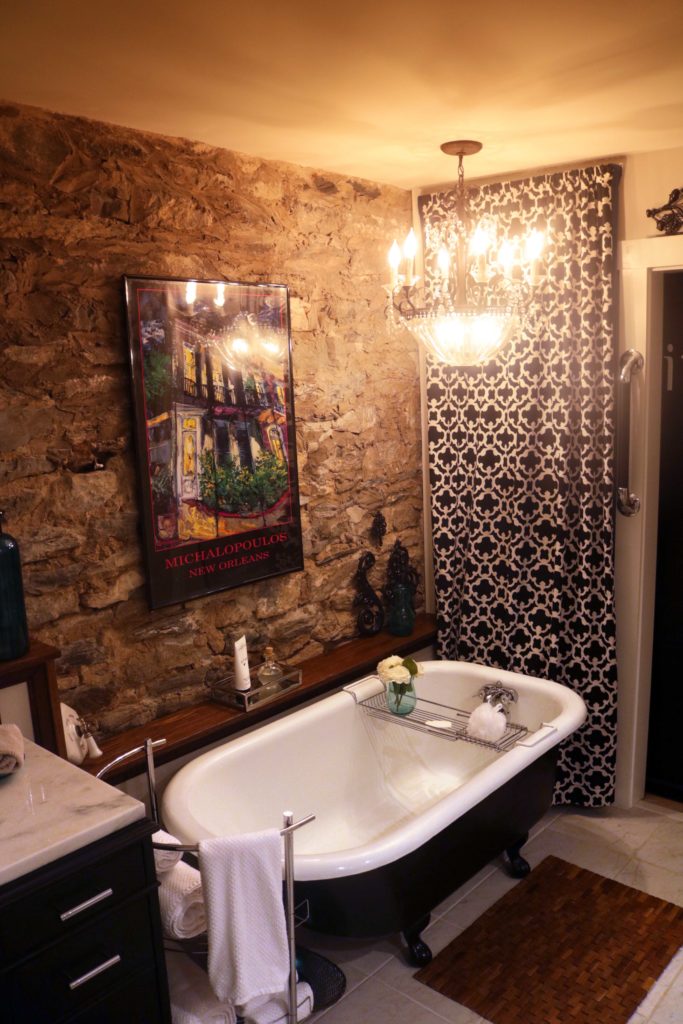 I woke up to a light, healthy breakfast of fruit & yogurt parfait. 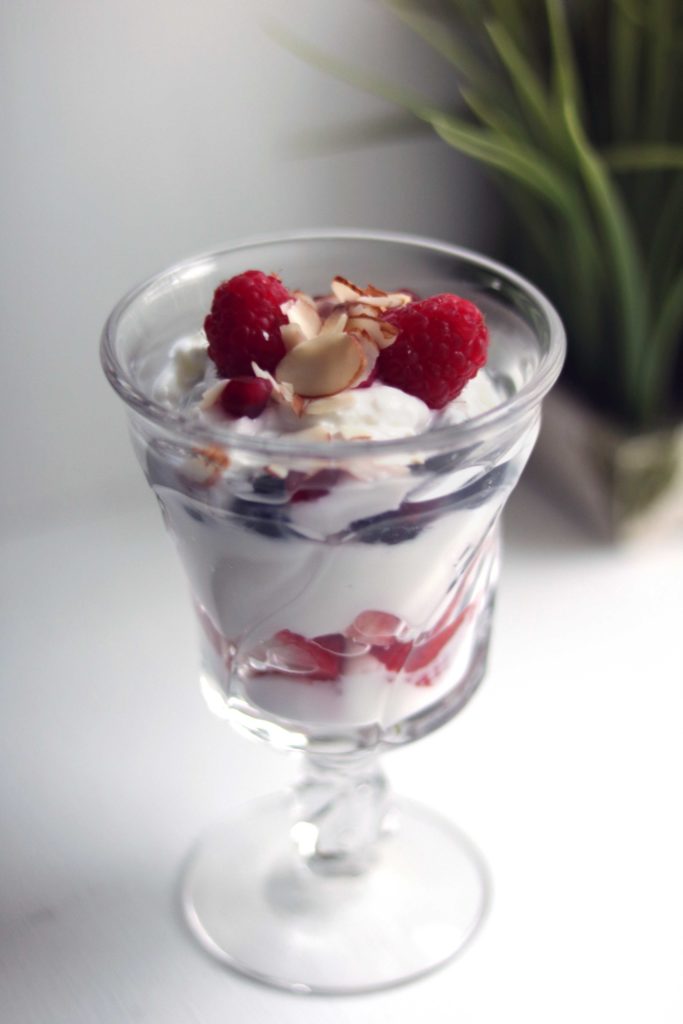 The location of Rockhaven (just a block over from the centrally located High Street) made Harper’s Ferry super walkable, so I took up Lynn on her offer to pack me a picnic lunch. 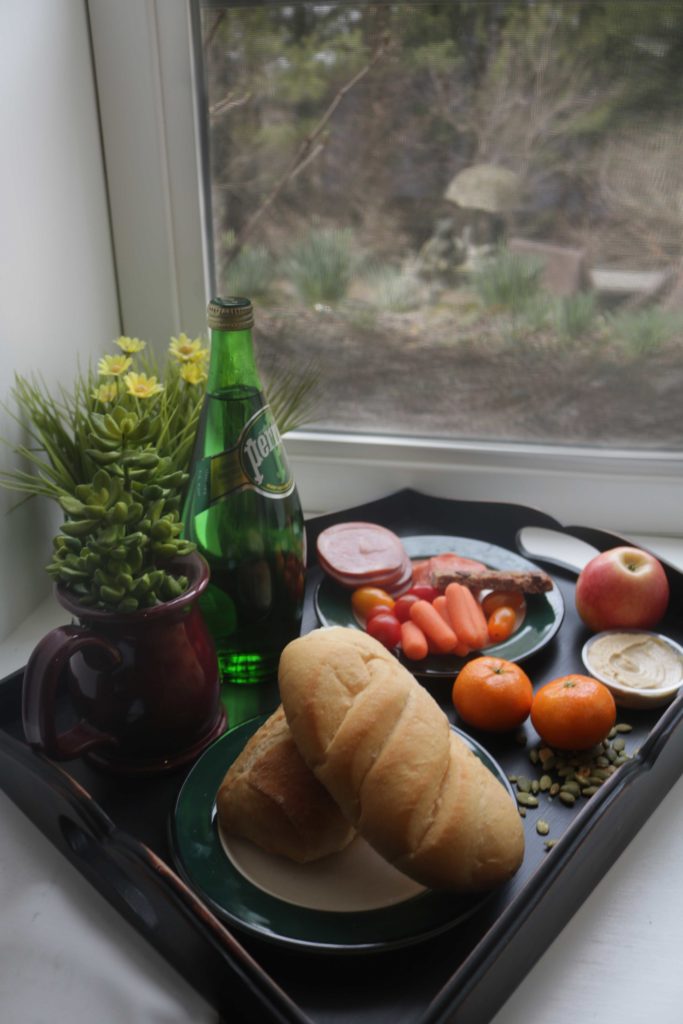 Before I headed out, I sat down with my hostess to get her advice on the local experience.

I always do this!  Taking the time to pick your host’s brain about her knowledge of the area yields all kinds of benefits.  It’s one of the best ways to get off-the-beaten path ideas that may not be in Tripadvisor’s top ten list. 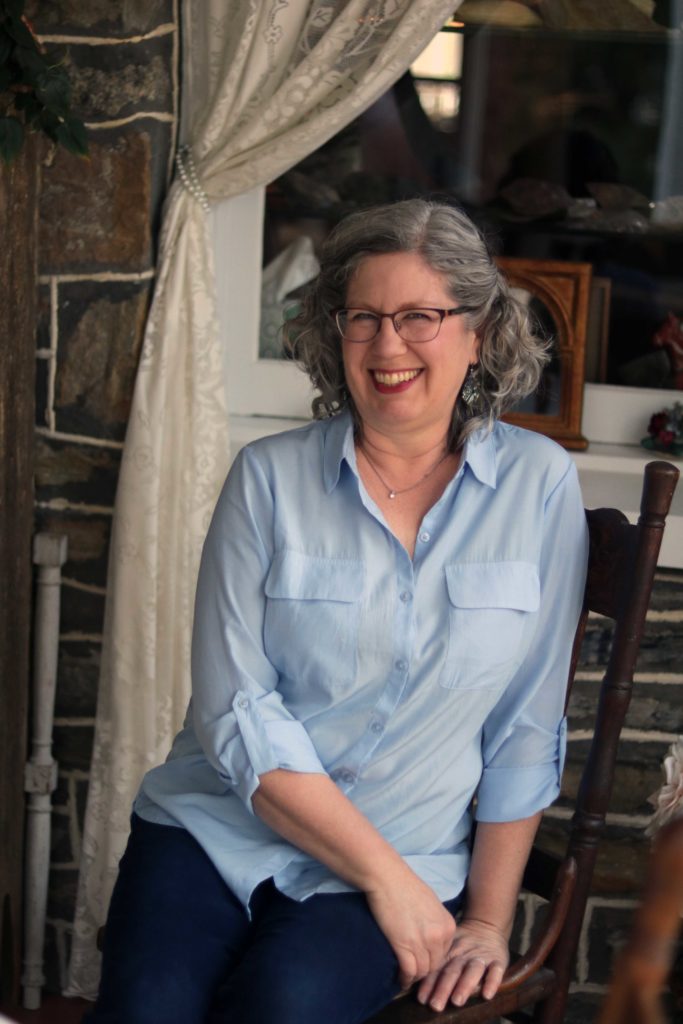 Located at the base of a hill where the Potomac and Shenandoah rivers meet, Harpers Ferry’s uniquely strategic trading position made it an attractive prize for both sides during the Civil War.

The period between 1861-1865 proved especially devastating for the otherwise quiet little town.

Its bloody history continues to spark the interests (and perhaps, the imaginations?) of paranormal investigators in the region and around the world.

On Lynn’s advice, I headed first to the Ruins at St. John’s Episcopal Church.

Tucked behind a graveyard, its decaying beauty, crumbling grandeur and hillside vantage point make it well worth the 5-minute hike.

Really, the walk itself was worth the walk. 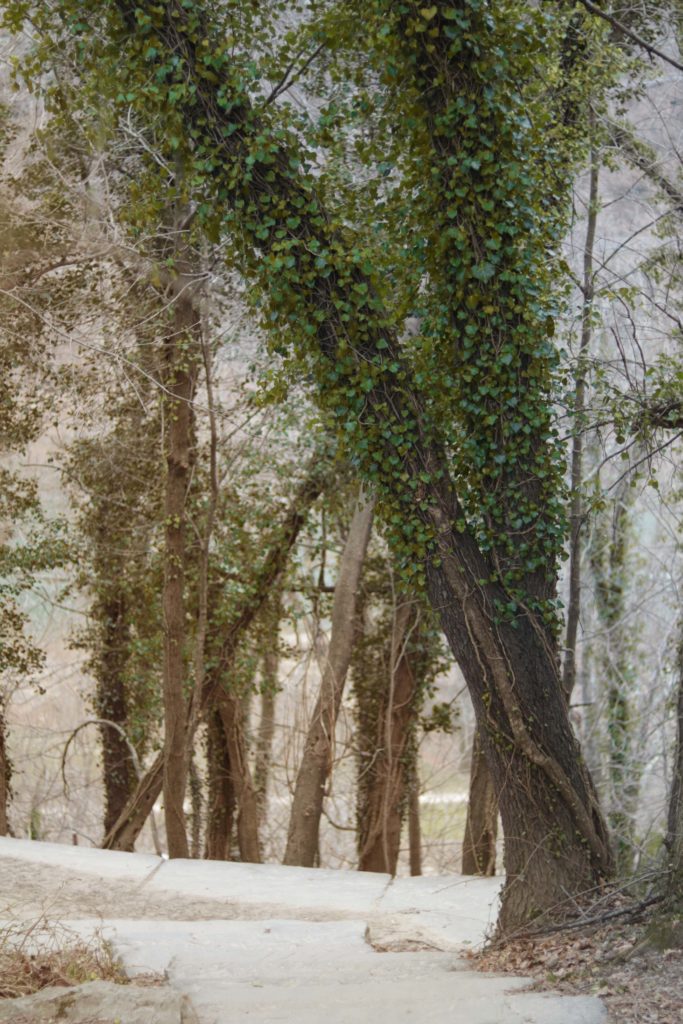 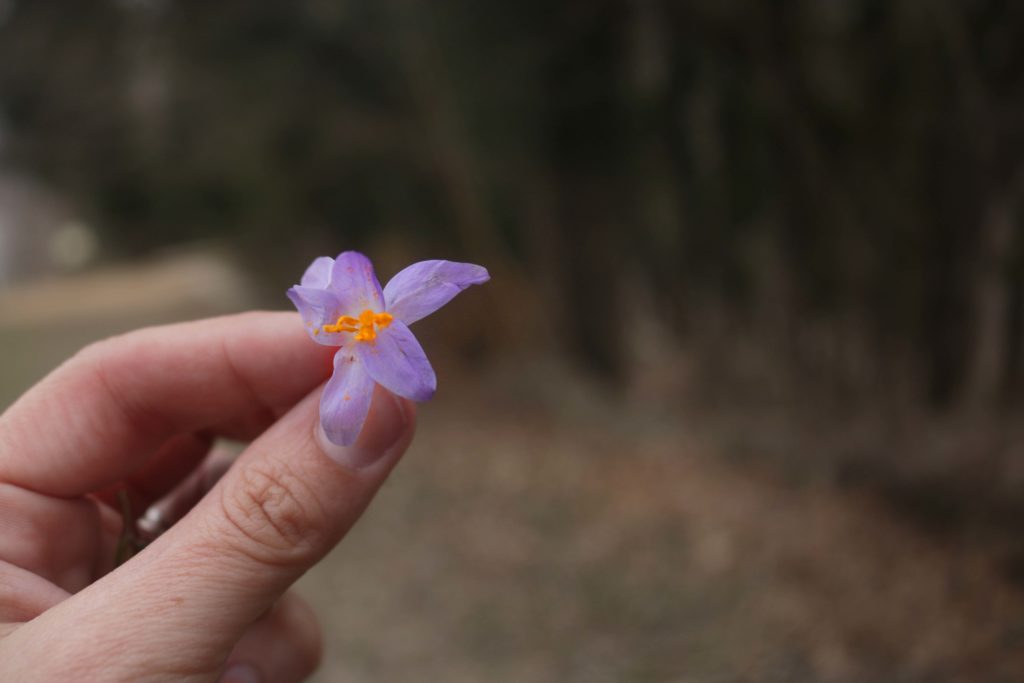 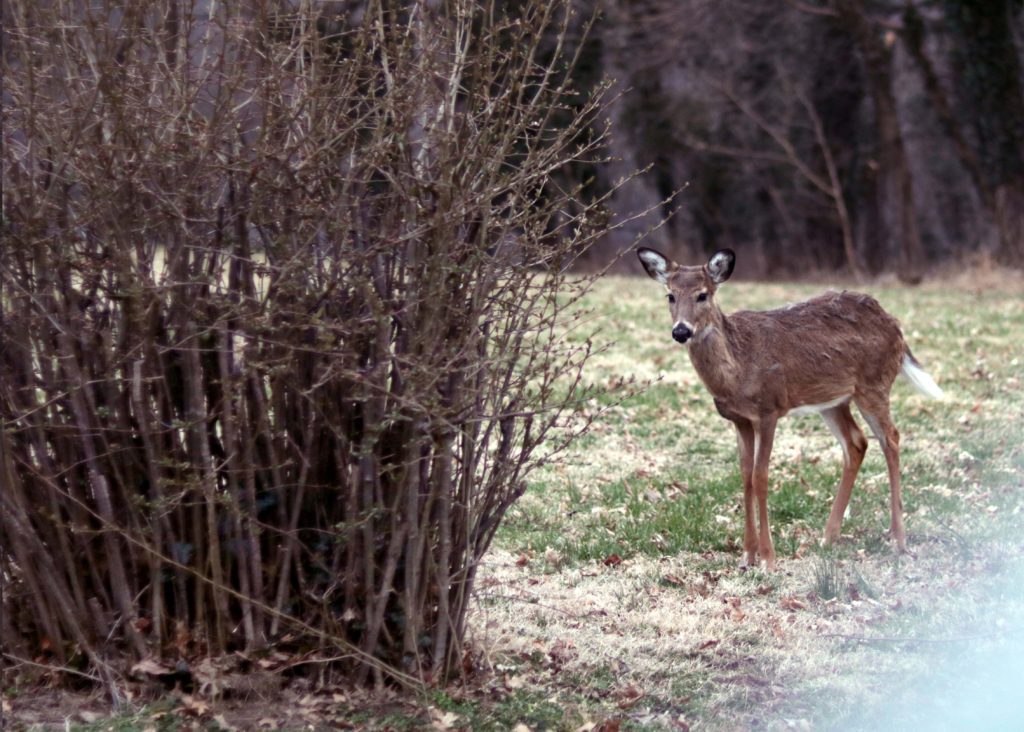 The ruins are of particular interest to ghost hunters because during the Civil War, they served as a barracks and field hospital.

Gruesome tales of amputated limbs tossed out of its stone-framed windows still pass in whispers today between teenagers in the halls of the local high schools.

And though the place vibed with a distinctively spooky aura, I found myself most taken with the view. 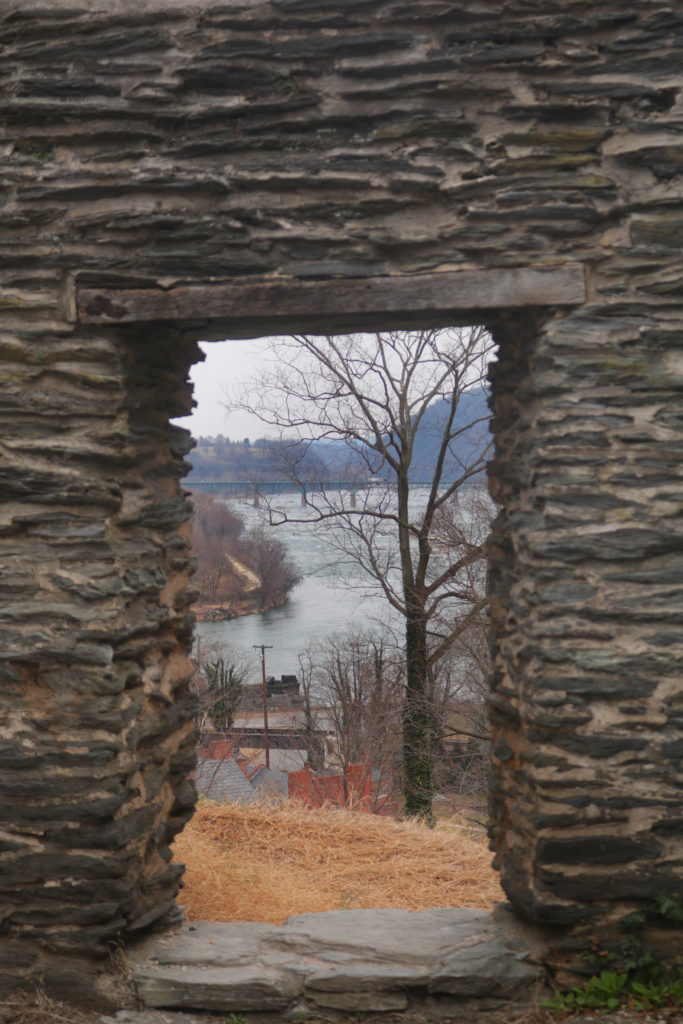 On my walk down to the river front, I stopped into the local cafe, Battlegrounds Coffee, to grab a latte and see if I could scare up a ghost story or two.

Among their other peddled wares, I couldn’t miss this artisian soap.

(See?  I told you we’re taking over the world). 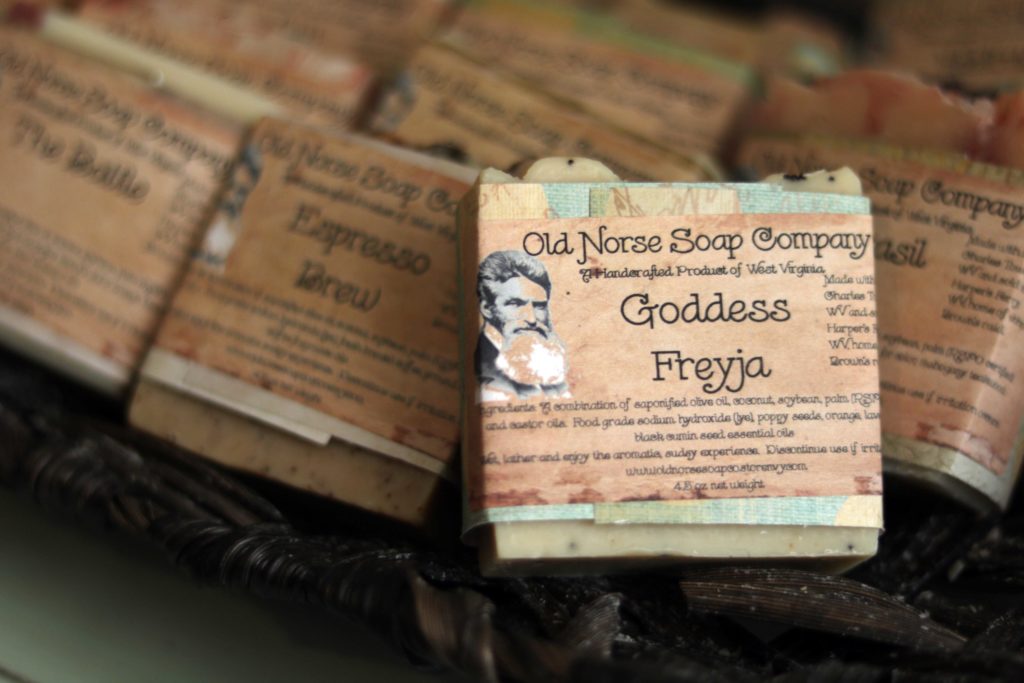 I asked the young, well-caffeinated barista if she happened to grow up around here.

When she said yes, I knew there was no way she made it through middle school without hearing at least one local ghost story.

She told me what I later learned to be the famous of ghostly tales in Harpers Ferry.

It involves two things that plagued early colonists all over early American history: starvation and fire.

As the story goes, the legendary Jenny of Harpers Ferry sat over her pauper’s fire one night, eating soup.

Meals were meager for poor young Jenny, who lived in poverty in the tiny village after a mysterious tragedy (the details of which vary according to the story teller) befell her family.

Her heavy skirts caught a spark, which set her ablaze.  Panicked, she ran down the railroad tracks for help, but burned before anyone saw her.

Anyways, the kids still look for her near the railroad tracks, where they claim her wails still pierce the air in the autumn season of her death .

The Haunting at True Treats

“I have saltwater in my veins, and the mountains touch my soul,” Lillian Potter-Saum of True Treats Historic Candy shop tells me.

She stands behind the counter, surrounded by sugary Appalachian delights on all sides. 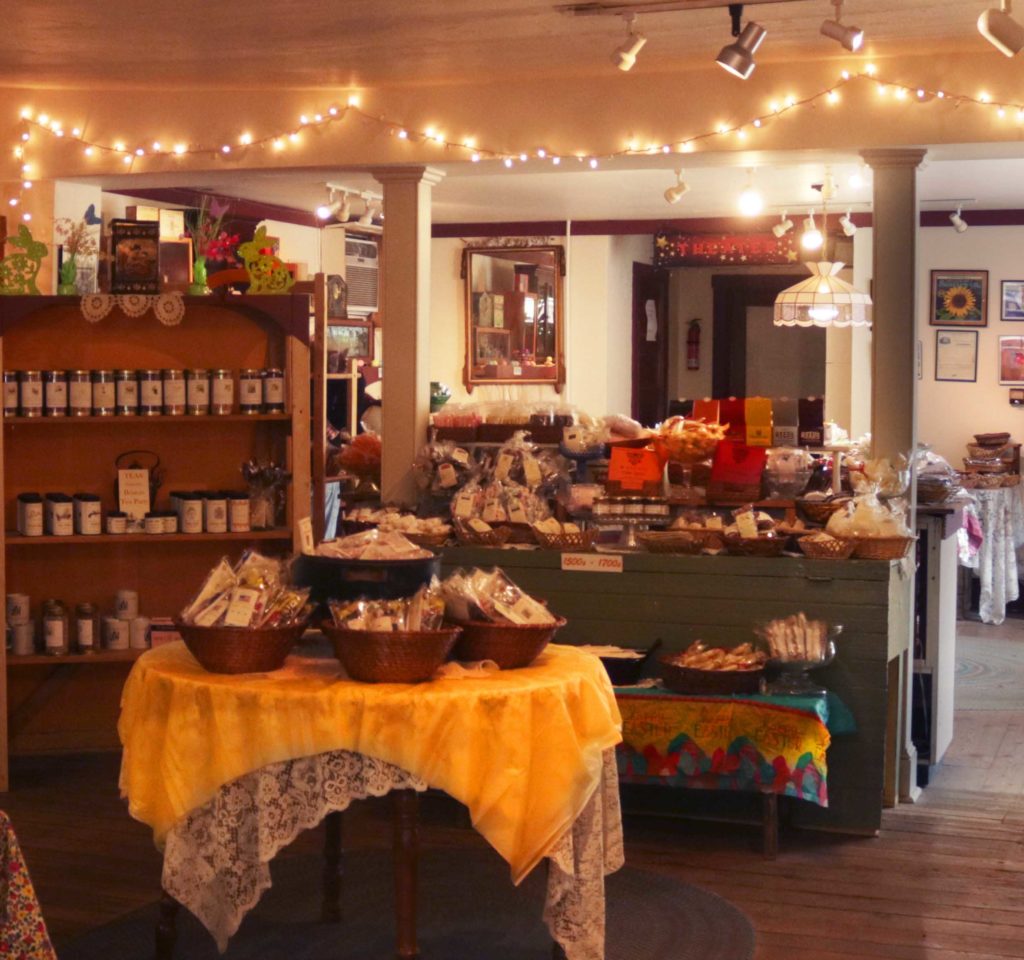 “Got any potato candy?”  A customer asks her.  (Potato candy, I learn, is a unique local delicacy for which the shop is well known).

I found myself here at the direction of Christine, a clerk at the Vintage Lady gift shop just down the road.  Christine told me that she once worked here at True Treats, which holds a rich history within its walls, and a local reputation for haunted souls.

Christine tells me of one particularly unsettling night during her time here.  “There were cups spinning, and a plaque fell off the wall.”

Whatever your personal explanation is for this type of phenomena, it’s a great place to pick up some peppermint sticks or fudge to take home.

Sadly, they were all out of potato candy.

Personally, my favorite way to hear ghost stories always comes down to simply chatting up the people who live in a given location.

Many of them offer first-hand accounts of their experiences, which make them more compelling to me.

But if you’re shy, or you like a good storyteller, ghost tours are a good option for you.

Unfortunately, none were available during my stay (I was there in the middle of the week, during the off-season).

But Ghost Tours of Harper’s Ferry offers a professional guided tour for those who enjoy the theatrical touch.

Shepherdstown:  “The Most Haunted Town in America”

The West Virginia tourism board boasts of Shepherdstown’s reputation as “The Most Haunted Town in America.”

Just a short, 15-minute country drive from Harper’s Ferry, it’s worth the drive if that’s what you’re into.

Lots of haunted towns get an episode on Ghost Hunters or A Haunting.  But Shepherdstown’s reputed paranormal activity inspired an entire television series.

Aside from a long list of locations to chase ghosts, this charming little A-list small town is a great place to grab a beer, sample some appetizers or go on a stroll through the boutique-lined streets. 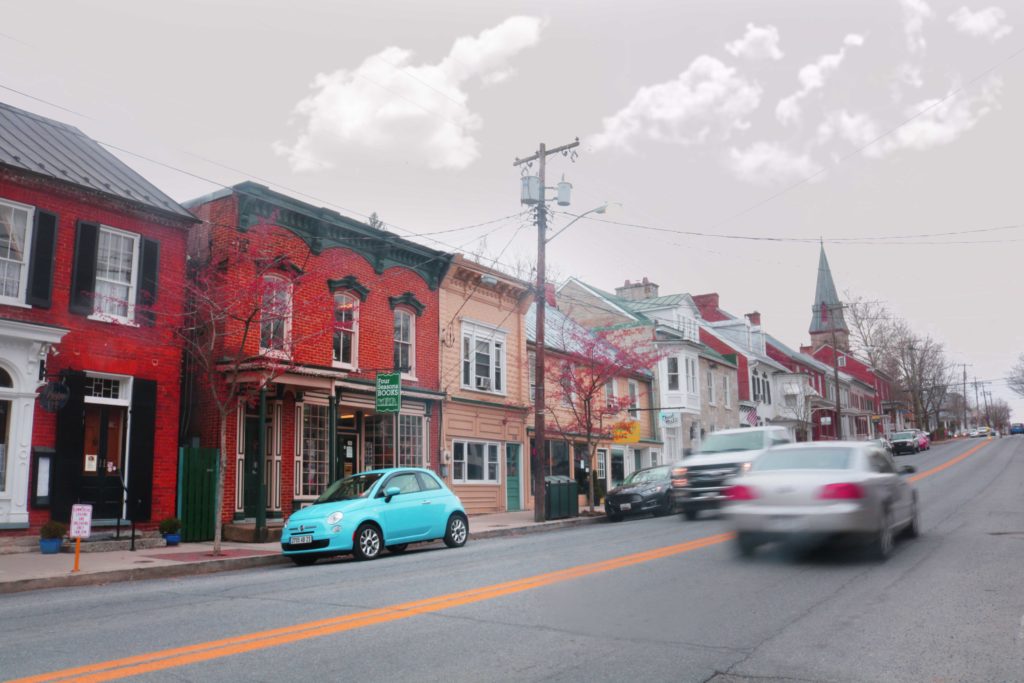 That does it for this round of Moody Moon’s Pagan Travel segment.   Hope to see you on my next adventure! 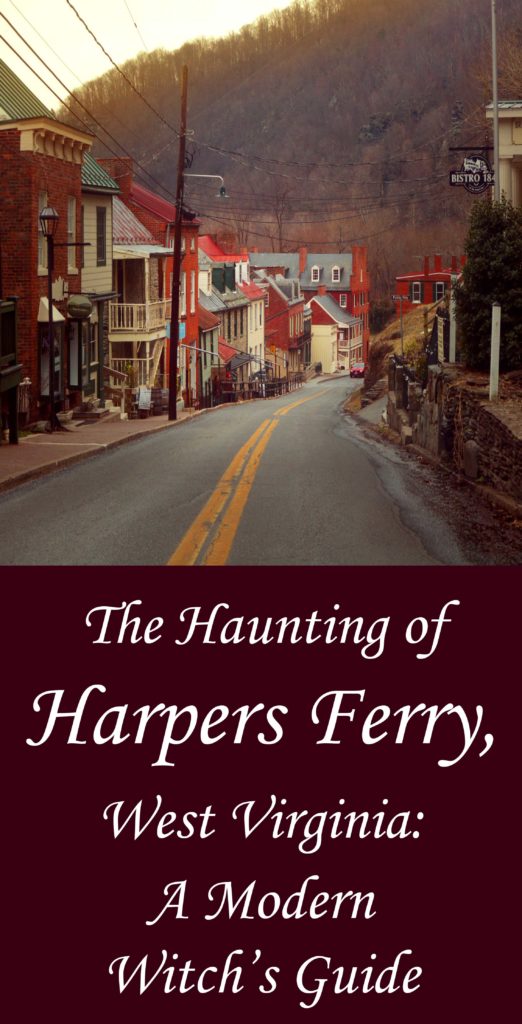