Settled amid a thriving art scene and just across the street from an oyster bar, The Red Fox Inn sits quietly on its small-town street corner with a distinctly sophisticated grandeur.

Between the artfully tangled rose gardens and the autumn fox hunting festivals (“All catch-and-release these days,” my hotel guide assures me), Middleburg, Virginia, reminds me more of the English countryside than a tiny villa outside the political powerhouse of Washington, DC.

A stopover for the most glamorous of American royalty, Jacqueline Kennedy and Elizabeth Taylor both once slumbered in the colonial-style four poster beds of the Red Fox Inn.

And though there’s no evidence either of them saw a ghost during their stays at The Red Fox, I can’t help but imagine Elizabeth Taylor here.

Standing before the shimmering silhouette of a dead man in the moonlight with her jaw dropped between two diamond-studded earrings.

The Ghosts of Red Fox Inn 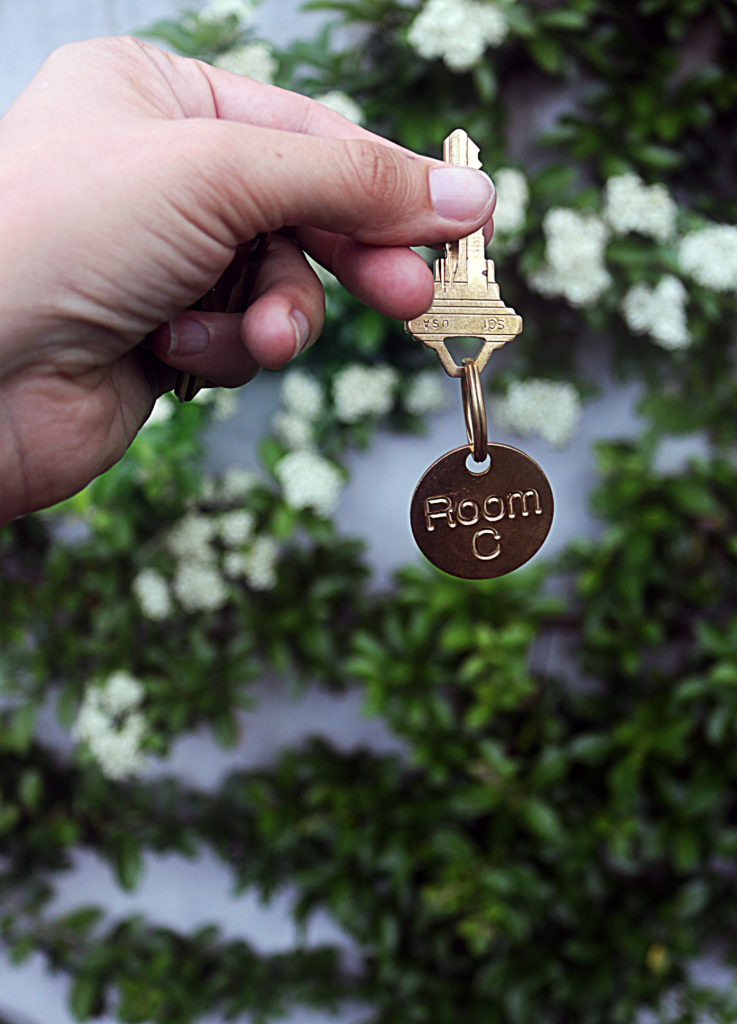 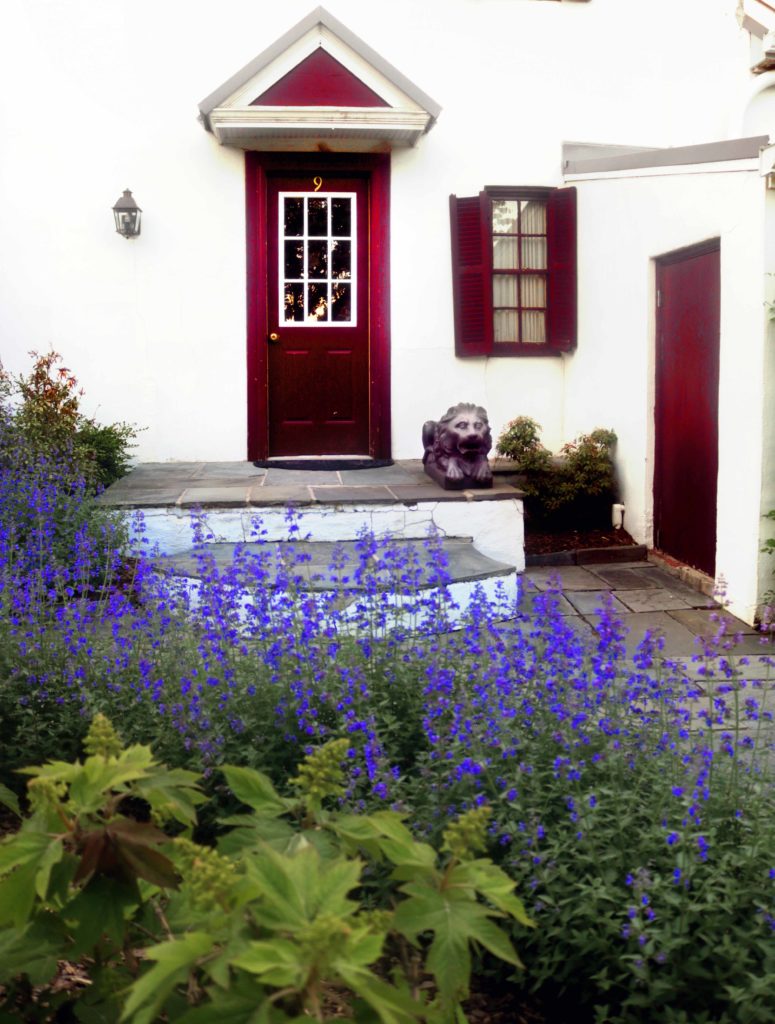 My hotel tour guide, Tina, meets me at the front desk.

She leads me up the graceful staircases and through the canvas-lined corridors of the Red Fox Inn.

I ask her if she believes in any of this ghost stuff.

I understand this sentiment.  During my paranormal travels, I spend a lot of time in quiet, eerie places, hoping that simply “opening” myself to the experience invites something extraordinary to appear.

What really interests me about this process isn’t so much the “evidence.”

You might imagine that anyone who claims to see ghosts is either fibbing or crazy.  And don’t get me wrong—those people are out there.

But more often, what I find is mostly intelligent people who are often skeptical of their own experiences.

They say things like “I’m not saying it was a ghost but—” or “I don’t really believe in this stuff, I know there must be a logical explanation.”

The staff at Red Fox Inn calls him, in the most affectionate tone, “Monty.”

It’s unclear whether Monty is an old innkeeper or a Civil War era soldier.  This discrepancy doesn’t bother me.

After all, fact-checking is a tough task in this business.

It’s not as though I can sit old Monty-The-Ghost down for a cup of tea and ask him what his primary trade was.

Evidently, however, he makes it known in which room he prefers to hang out. 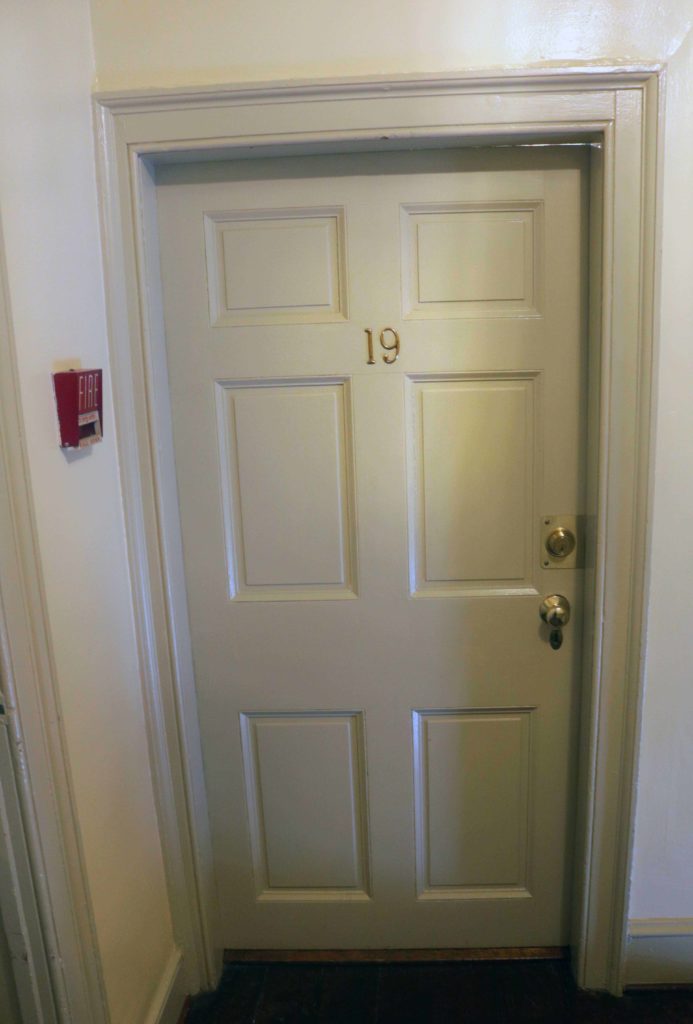 According to the staff, the hotbed of paranormal activity at the Red Fox Inn centers around the infamous Room 19.

Tina says that guests, most of whom slept in the room unaware of its reputation, report that they find the locked door to Room 19 open in the morning.

The operating table in the basement.

If the above photograph makes you uneasy, take a moment to consider the following.

Like just about every other standing structure from the Civil War era in this part of the country, the Red Fox Inn once served as a military field hospital.

According the the locals, Civil War field medics used this bar to perform their notoriously crude amputations.

No doubt many of their ill-fated patients died in spite of their efforts here.

All the other reasons to stay at Red Fox. 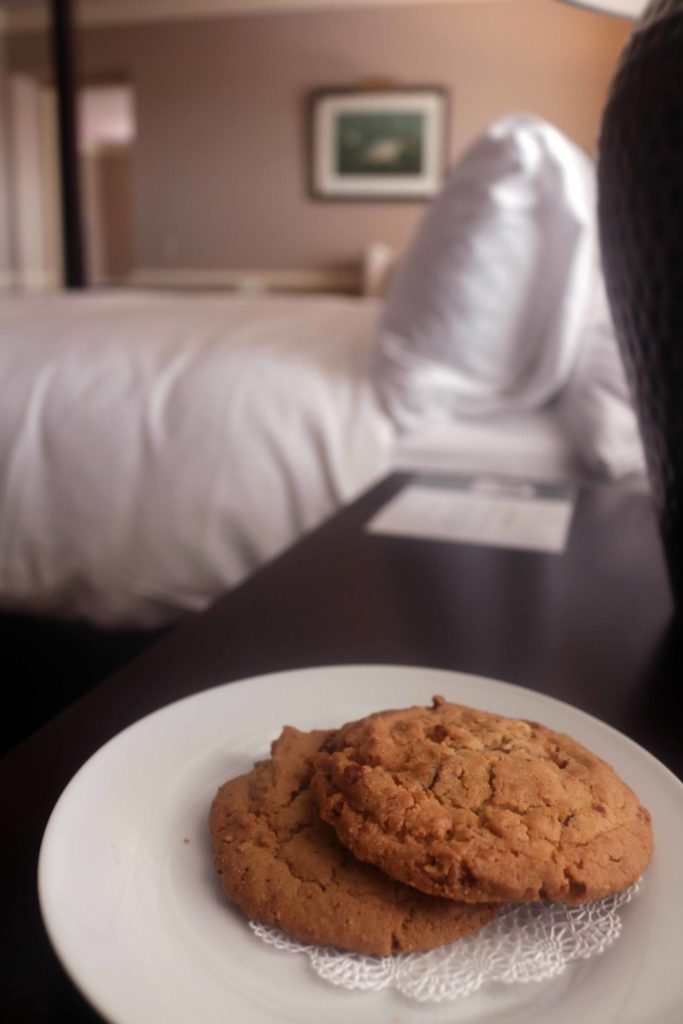 If the ghostly legends aren’t enough to draw you in, the service at Red Fox is as elegant as its museum-worthy decor.

From the chic specialty cocktails (named after champion thoroughbred horses, of course) to the lush bedding and gourmet, on-site restaurant, it’s no wonder Red Fox hosted some of America’s most regal company.

And be sure to venture beyond its front gates!  Adorned with Virginia’s finest treasures, wineries, cider houses, antique shops and horse-back riding stables surround the town of Middleburg.

Book an appointment at one of the local spas, go on a long trail ride through the wildflowers, or spend the afternoon sipping one of the areas regional Norton wines.

Come for the history.  Stay to be pampered.

(Please note:  As is standard practice, the Red Fox Inn provided me a complimentary room during my press stay.  All opinions are my own).