Like the scene of any good ghost story, Boone Tavern Hotel in Berea, Kentucky, exudes something both tempting and dangerously mysterious.

Passing under the grandeur of the historical front entrance, I instantly feel myself stepping through a phantasmagoric porthole and into another, more ghostly era.

I imagine cliques of early 20th-century women seated in the plush lobby chairs, wearing bustle back skirts beneath their bejeweled turbans and listening for the distinctive knock of a wayward spirit.

At the time of the hotel’s grand opening in 1909, spiritualism dominated American occult circles.

Bet that crowd busted out a Ouija board or two here, I think as the neatly dressed front desk clerk issues me a key.

Oh, yeah: the key.  Even that calls to mind another era entirely. 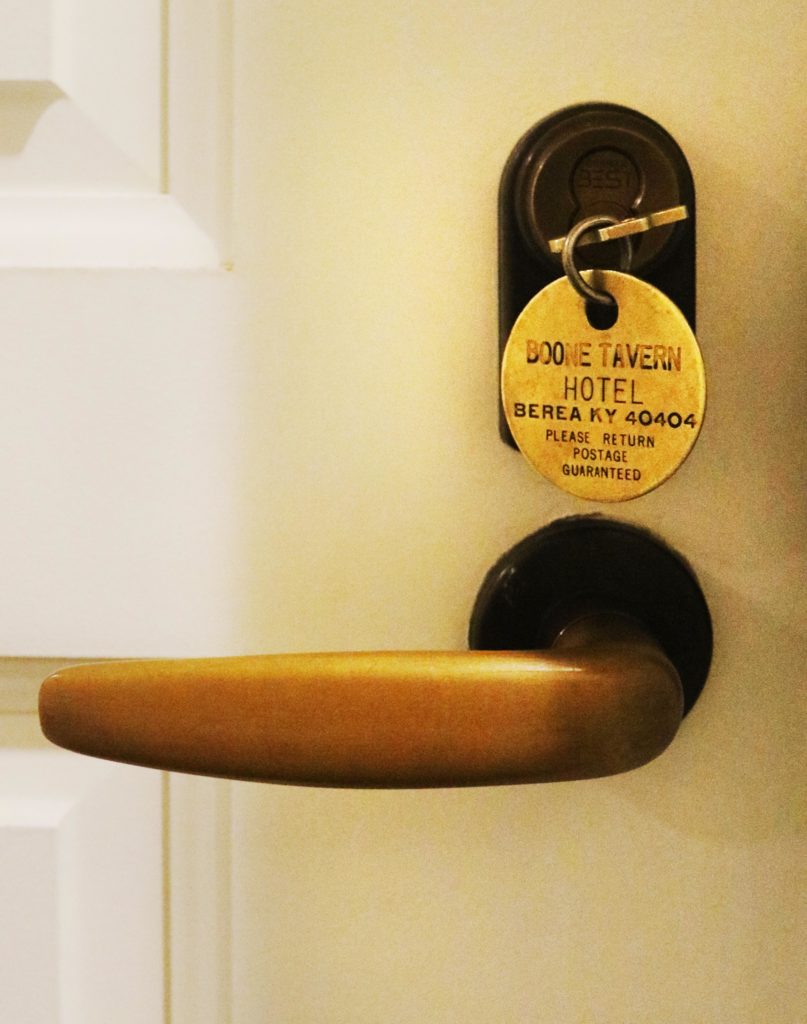 I close my eyes and settle in behind the heavy drapes of this haunted mansion.

The Vortex of Boone Tavern

“We got great stuff in the kitchen,” Patti Starr, paranormal investigator and author of Ghosting Hunting Kentucky, tells me during a phone interview.  She tells me she started chasing ghosts over 40 years ago.

I couldn’t resist:  “So, you were doing it before it was cool?”

“I did it way, way, way before they had the tv shows,” she tells me.

Starr conducted several paranormal investigations at the property in question.  She describes some striking unexplained experiences, both directly and reported to her by the staff.

While many people claim similar experiences, no one seems to agree on exactly where the most active area of the hotel is.

“Room 312,”  one employee tells me.  “We’ve had multiple reports of paranormal activity there.”

“There is an awesome vortex in the lobby area.”

“There’s nothing there!”  My maternal aunt, who once worked at the front desk of the hotel, laughs when I tell her I plan to look into the ghost stories that bounce off Boone Tavern’s 100-year-old walls.

She echoes the skepticism of many residents.  But not all of them.

Though I spent many glittering, firefly-speckled summer nights within walking distance of Boone Tavern, I never stayed there as a child.

Nope.  The air-conditioned luxury of that neoclassic palace was but a distant dream.

Instead, I fanned myself with old Good Housekeeping magazines and shucked beans on the front porch of my grandparents’ home just down the road.

(Thrifty in that way that the Greatest Generation tended to be, my grandparents shunned any form of summer-season climate control).

To escape the torturous July heat of the Old South, I took afternoon walks beneath the cool shadows of downtown, strolling past the old hotel on my quest for ice cream.

Occasionally, over the solidly built tables of the woodworking shops and cafes, I heard the baristas whisper about the beautiful Boone Tavern in the city center.  “No way am I spending the summer working there!  That place is crawling with dead people!”

Twenty years later, I luck into a business trip to research ayahuasca in the nearby town of Richmond, Kentucky.

I figure I’ll never have a better excuse.  I book a room and head south.

Shortly after check in, I head to the lobby to chat with the night clerk at the front desk about the history of Boone Tavern..

According to him, the hotel attracted quiet a starry list of famous guests over the last century.  He says Henry Ford, Eleanor Roosevelt, Jerry Seinfield and the the Dali Lama once graced the austere corridors of this swanky inn.

I tell him I’m more interested in the dead guests.

Heading upstairs to scope out the aforementioned Room 312 (which, to my disappointment, was not available that evening), I not-so-discreetly stood in front of the door to “feel it out.”

Sadly, no prewar ghosts came bursting through the threshold.  But I admit:  It had a weird vibe. 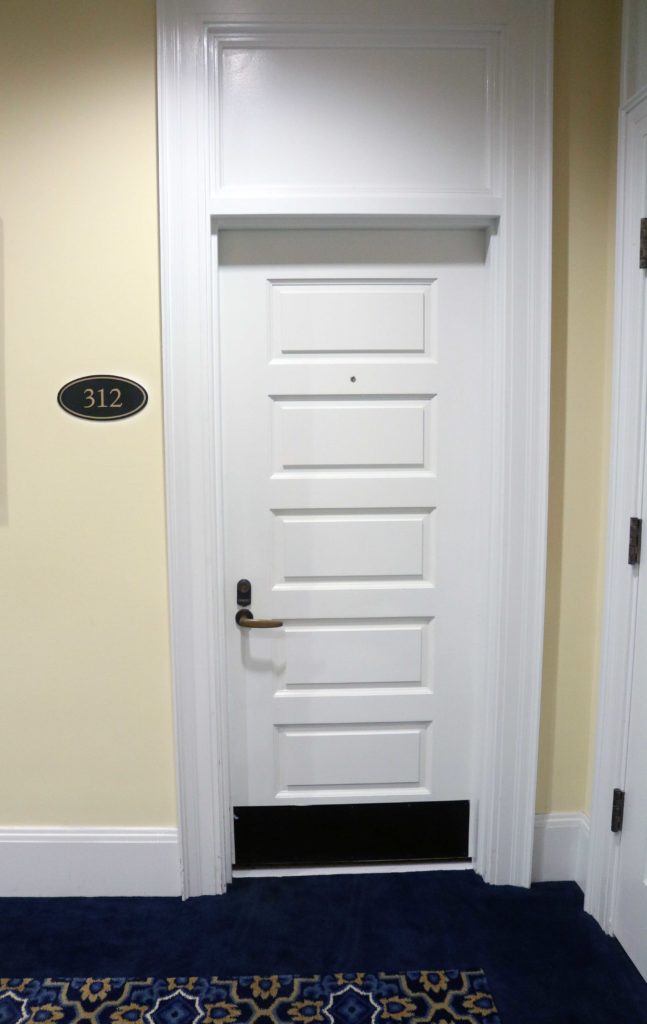 But I talked to a lot of seemingly credible people who say they have.

And for what it’s worth, I definitely dreamed some weird dreams.

The night I spent at Boone Tavern, I suffered a startlingly bout of sleep paralysis at around 3 o’clock in the morning (sometimes called “the witching hour.”)   Maybe it was a demonic presence.

Maybe it was just a reaction to the pizza from the Italian restaurant on Center Street.

Either way, The Legend of Boone Tavern continues to draw psychics, ghost hunters and the curious from around the South.

I also hear the Sunday brunch ain’t too shabby.