If you’re a non-witch, but you’re open-minded about alternative spiritual paths, there are lots of things you can learn from the Craft without actually practicing it.

Here are few of my favorites!

Not everything is as it appears.

Even if you think skeptically about things like tarot cards, spell casting and paranormal investigations, you likely experienced something in this life that you can’t explain.

Go with that.  Let yourself wonder about the mysteries of life.  It’s okay to acknowledge that we don’t know everything.

Even science occasionally comes up short.

Time, as a concept, is kind of shaky at the cosmic level.

We can’t even seem to agree on a definition of consciousness.

So that weird dream about your deceased grandmother?  Give yourself permission to consider the possibility that it really was her.

Just for a moment.

When you boil it down to the basics, most modern spell casting is based on one idea:

What you think matters.

Our thought patterns repeat themselves over and over.   Their specific contents vary according to our unique life experiences.  But we tend to think in cycles.   For most of us, this process happens without us even noticing.

Interrupting those cycles and imparting them with conscious intention changes your life.

The more often and more drastically you interrupt them, the more powerfully it changes.

The magic is in the details.

Have you ever watched a flock of blackbirds move in perfect unison?

Do you stop to marvel at the miraculously choreographed change of the seasons?

Did your heart jump the first time you put your hand a pregnant belly and felt the baby kick?

That stuff is real magic.

When you look at the world this way, everything in it suddenly comes to life.

Everyday routines can be meaningful.

While most people imagine spell casting as a fantastical affair of voodoo dolls and exotic herbal concoctions, magic is really about living with intention.

A spell might be the simple act of washing your hair and imagining you’re washing away negative thoughts.

It probably sounds silly to most non-witches.

But the simple things in life offer us opportunity for a more mindful approach to everyday experience.

Spirituality is a snowflake.

If there’s one thing modern witches need to accept to live in peace, it’s that everyone thinks differently about the spiritual.

Even among practitioners from the same tradition, beliefs vary widely.

Whether you realize it or not, the same principal applies in mainstream religions.

Perhaps you share scripture or a central deity with other people of the same tradition.  But chances are, you don’t see everything the same way with everyone you go to church, synagogue or temple with.

Even atheists vary widely in philosophy and belief.

Accept that we all find our way to God (or whatever) in our own ways.  Trust me, you’ll be much happier for it.

Don’t judge a religion by its stereotype.

Witches and pagans certainly don’t have a monopoly on religious stereotypes,

But when it comes the absurdity of misconceptions about us, we rank pretty high.

From the Disney version of the snarl-toothed sorcerer to Halloween cauldrons bubbling with green goo, pop culture does a pretty good job of making us look ridiculous.  Some of these stereotypes are pretty harmless.

But others are downright disgusting and offensive.  (Like the idea that modern witchcraft has anything to do with abusing children.)

If you have questions, just ask us.  Trust me: we’ve heard it all.

And while you’re at it, make it a point to get to know people with different ideas and philosophies than your own.  If you’ve never taken the time to talk with a Buddhist, a Muslim or a Christian, you likely only know these groups by their stereotypes.

Making friends with someone of another religion or culture instantly dispels false impressions.

The Earth is everyone’s responsibility.

Most witchcraft traditions recognize the sacredness of the Earth.

Show you care about the natural world around you by making a conscious effort to live in harmony with it.

For more ideas, check out 10 Ways to Live Closer to the Earth. 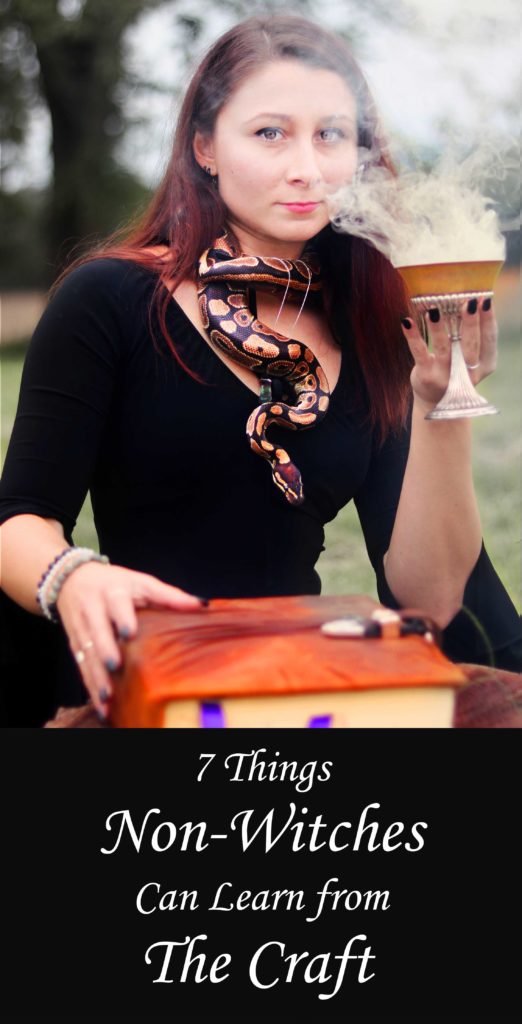